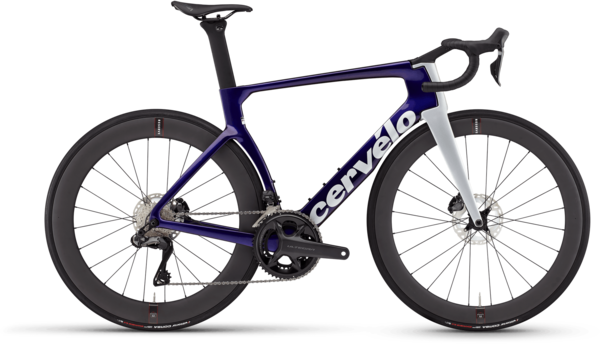 This item is currently not available.

UNDISPUTEDLY THE FASTEST BIKE OF THE MODERN ERA

The S5 has one job—get to the line before everyone else. Under the likes of Wout van Aert, Marianne Vos, and Christophe LaPorte, the new model has already proven itself as a tool without equal. In the 2022 Tour de France, this bike propelled Wout to the highest ever Points Classification score of the modern era. At 480, Wout was some 194 points ahead of his nearest rival—tangible proof that Cervélo keeps delivering aerodynamic gains to our World Tour athletes.

The new S5 has reduced drag by 65 grams, and increased the frame’s surface area while still reducing overall weight. The deeper frame sections maximize the shapes allowed by the UCI. Meanwhile the iconic V-stem has been further refined and a new fork designed to simplify the entire front end.

What’s more, a ground-breaking new wheel design concept has been co-developed with Reserve to increase stability and reduce drag in turbulent aero conditions.

* Subject to change without notice.

Undisputedly the Fastest Bike of the Modern Era